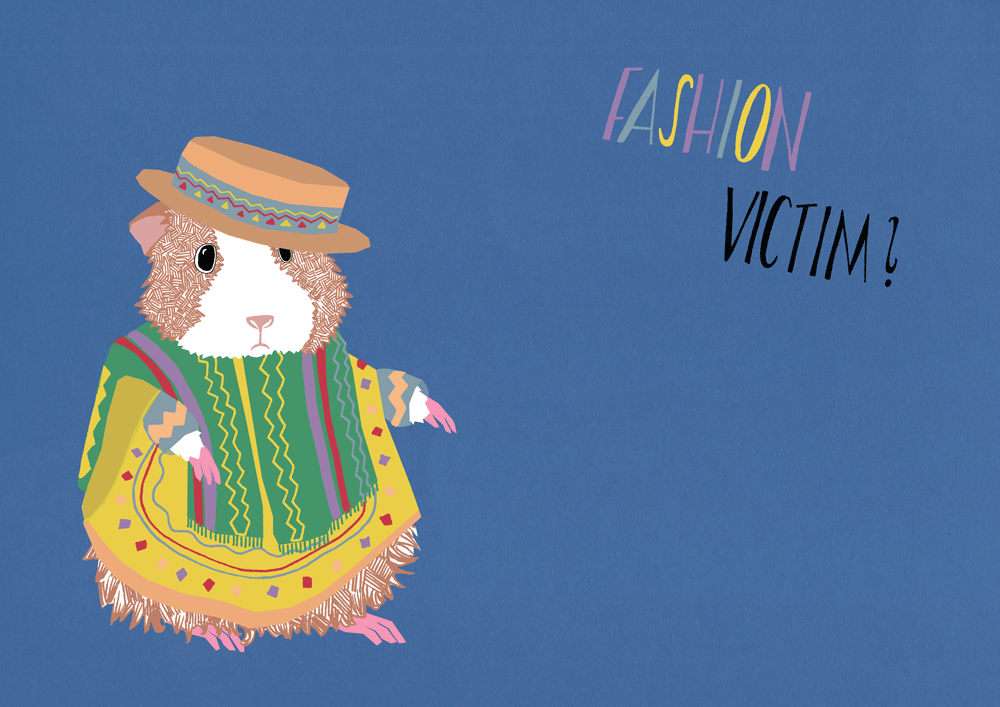 Did you have a pet guinea pig as a kid? I myself had a little black piggy called Beanie – pretty unimaginary name compared to my best friend’s guinea pigs. She obviously had a thing for herbs and spices and christened her rodent pets Thymian and Kümmel (German for Thyme and Caraway Seed).

That same friend is traveling through Peru this winter, which could get pretty interesting. Here’s why: the Festival del Cuy – the Peruvian Guinea Pig Appreciation Festival.

Starting in the mid 2000s, these festivities have been held annually in towns in the Andean Highlands. The largest festival is celebrated in the town of Huacho about two hours north of Lima.

During the festivities, people enter their pet guinea pigs into competitions: which piggy is the biggest and fattest? Which one can run the fastest? And most importantly: which guinea pig is the most fashionable?

Basically, the women go all The Devil Wears Prada on their pets and dress them up in miniature traditional outfits – anything from frilly dresses to ponchos and tiny sandals. The prize? Well, the winning piggy is spared from being cooked and eaten, unlike his furry comrades.

Guinea pigs have been domesticated in South America for thousands of years. The advantages are. They take up far less room than other livestock, can be raised in an urban environment and fed on food scraps. Also: they breed fast. As in Usain-Bolt-fast; their pregnancy lasts about 2 months, which means they can give birth to up to 5 litters a year. They have an average of 3 babies, who themselves reach sexual maturity at around 3 to 5 weeks of age. After giving birth it only takes 6 to 48 hours until the female can become pregnant again. Talk about not having time for some post-pregnancy weight loss!

But you see, a lot of guinea pigs equal a lot of meat. It is estimated that the 31 million people living in Peru eat around 65 million guinea pigs (approximately 16,500 tonnes) annually. Their meat is high in protein and low in cholesterol and fat. What’s one man’s pet is another man’s dinner.

Here’s how it ‘works’: rubbing a guinea pig over a sick person’s body while chanting prayers is supposed to absorb the patient’s energy. If the rodent is lucky it will then be examined alive. Not so lucky piggies are cut open and the intestines, blood and bones are analysed: They supposedly have information about the person’s illness in them.

You can look at one of these ceremonies here – beware, it is pretty graphic: