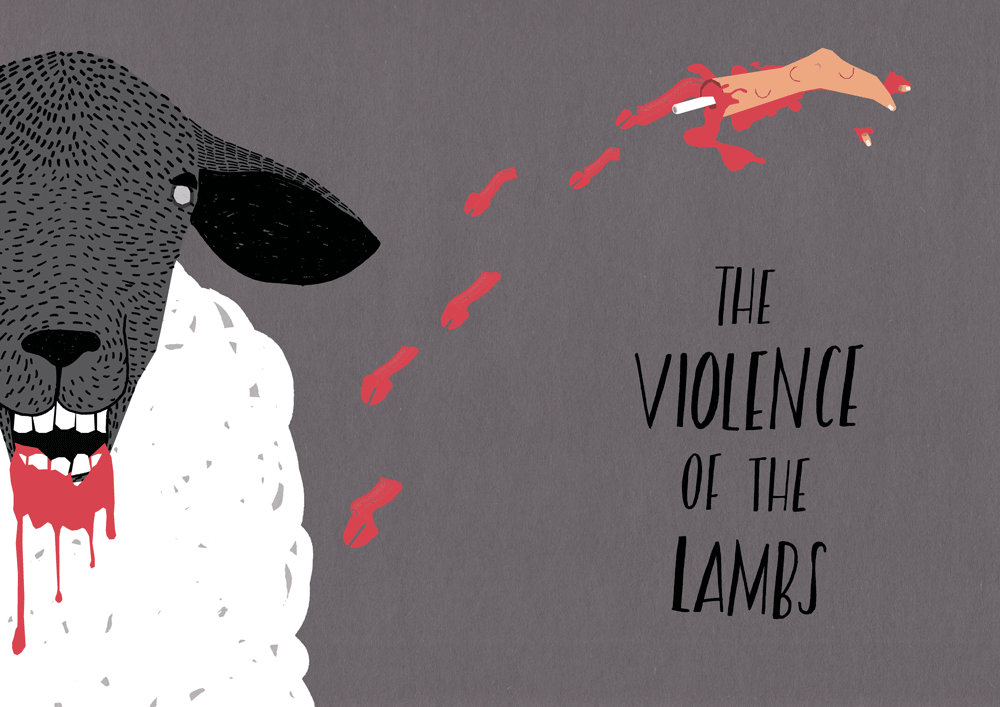 So, my “Pony Club Girls” and I, all living in different cities, have a special tradition we do every time we get together. It’s very near and dear to us: we like to watch really bad movies – preferably with some kind of mammal, reptile or insect attacking humans.

Side note: we use the term “Pony Club” loosely, as we like to stick temporary tattoos of sparkling unicorns on our arms every now and then and also, because I had a semi-successful yet short-lived career in an actual Pony Club between the ages of 8 and 13 years old.

Here is a list of some of the most preposterous creature features we have watched. Mind you, this is just a small selection, there are so many more! I tried to include a variety of animals and insects. By the way, we have also seen a bunch of shark movies, which you can see in another list.

The title is actually pretty misleading! The spiders are not actually made of ice – but they can endure very low temperatures. What a waste of potential! As so often, these monsters are man-made. Top-secret experiments on spiders backfire and the shit hits the fan: the creepy crawlies mutate and instantly become bigger and stronger. Surprise! Humans are on their menu! Like any ‘good’ movie the spiders get loose and hunt down the visitors of a nearby ski resort. What a crap-fest!

Uhm… this one sucks badly. Pythons, kept as pets, are released into Florida’s Everglades. Also living there? Gatoroids who are being fed steroid infested chicken (Get it? Gator eating steroids = Gatoroid). Unlike the Mega Shark vs. franchise this movie does not give you what you want: a climactic clash of the giant monsters. But, what can you expect instead? Worthless acting from the cast, which includes pop stars Tiffany and Debbie Gibson. They were basically the Christina and Britney of the 80s. After seeing this, I felt like cleansing myself by watching Jaws!

See the monsters interrupt a party and a catfight between the two pop singers:

Like all other entries, this movie is also not cinematic gold. Yet, it is still pretty entertaining. A man and his pregnant wife get dispatched to Maine. They should help resolve the disagreements between Native Americans and a paper mill, which is polluting the local countryside. Shocker: the forest is home to a mutant-thingy. It basically looks like a bear-pig-human-mixture turned inside out, coming fresh out a womb. I’ll just leave it at that.

Quelle surprise! The title says it all: a bunch of beavers are turned into zombie mutants through spilled toxic waste. They go on a rampage against six teenagers, who are staying at a cabin. Of course nobody has cellphone coverage. But wait, there is a landline! Or was – before it was severed by the wrathful rodents. Teenie after teenie is then turned into a human-beaver-crossbreed.

Well, I fell asleep half way through – but you don’t have to! Thank goodness here is the 3-minute summary of the film:

Notorious for its horrible acting, wafer-thin plot and ridiculous special effects, this ‘horror‘ flick can also be counted among the crème of the crap: after killing off all the coyotes, a small town in Arizona is infested by bunny rabbits. Instead of poisoning them, scientists inject the rodents with hormones in the hopes of stopping them ‘breeding like rabbits’. But alas, the bunnies turn into a gang of horse-sized killer rabbits who develop a taste for humans. So the furry beasts go on a rampage killing and eating everyone who crosses their path.

Have a look at the ‘scary’ killers (oh, just normal-sized bunnies hopping in slow motion):

We ignored all the warning signs! So let’s make it quick: Convict volunteers to help female scientist who experiments on mosquitos. Convict holds hostage in lab and has shootout with the police. Result: radiated mosquitos infect convict and scientist. Convict transforms into Mansquito, half man half mosquito. Scientist’s transformation is a lot slower. Manquito wants to mate with scientist between sucking the blood of unwary humans.

This franchise definitely falls into the ‘you’ve gotta see it to believe it’ category of bad cinematic experiences. Echoing Piranha from 1978, they unsurprisingly follow the same story arc. During Spring Break Piranhas take over a lake and later an adult-only water park and turn them into bloodbaths. The fish, which “vanished over 2 million years ago”, are released from an underground lake by an earthquake.

Featuring (of course): oversexed teens and some expert dude whose warnings are ignored until the little devils strike. Obligatory nudity is also thrown into the mix. Take your pick from Piranhas chomping off your head, severing your penis, or somehow swimming into your vag.

I am still wondering how the first film managed to attract Oscar Winner Richard Dreyfuss (Jaws) and Adam Scott (Ben from Parks and Rec) to their cast. Piranha 3 DD had to settle for David Hasselhoff playing himself – a celebrity lifeguard.

I could not choose just one best scene, so I picked two:

Thrills and chills: this is no regular-ass monster movie. It is wildly funny and above average for a low-budget creature feature. The special effects are more creative as are the cast’s acting skills.

A standard spider mistakenly gets in contact with alien DNA. So, it grows to a ridiculous size and its spider silk is now highly flammable. The creepy crawly goes on a killing spree through Los Angeles. Trying to stop the monster? Two unlikely heroes: an exterminator, specializing in spiders, and a hospital security guard.

See the Big Ass Spider utilizing its legs as a supersized skewer for human shish kebab:

It bites! The next best thing to come out of New Zealand after Peter Jacksons Lord of the Rings? Black Sheep! This movie is equally frightening and fun: after being experimented on by an immoral farmer, a herd of sheep turns into bloodthirsty carnivores that go on a rampage. It offers great dialog with a lot of black humor and surprisingly scary killer-bahs. The ending is wicked!

An environmentally conscious romantic horror flick? I think I’m going to agree with the critics: Birdemic probably is the worst movie ever made! More head-scratchingly awful than all Adam Sandler films combined! Director James Nguyen took inspiration from Hitchcock’s The Birds but unlike that one, Birdemic is absolutely preposterous.

Where to start? The romance between a computer engineer and a fashion model (because, duh!) is interrupted by bird-attacks. How dreamy! The feathery flyers are pissed-off and want to punish people. Why? The ignorant humans are contributing to global warming. The birds develop the surprising skills of spitting acid or exploding like bombs. Featuring horrendous acting and possibly the worst soundtrack ever: Birdemic is seriously so bad, it makes all other flicks on this list look like love letters to the horror genre. And somehow there is a sequel Birdemic: The Resurrection (2012) and another one in the works Birdemic: Sea Eagle.

So, what are your favorite animal attack movies? Do you have any recommendations as what to watch next?