A Different Kind of War Paint 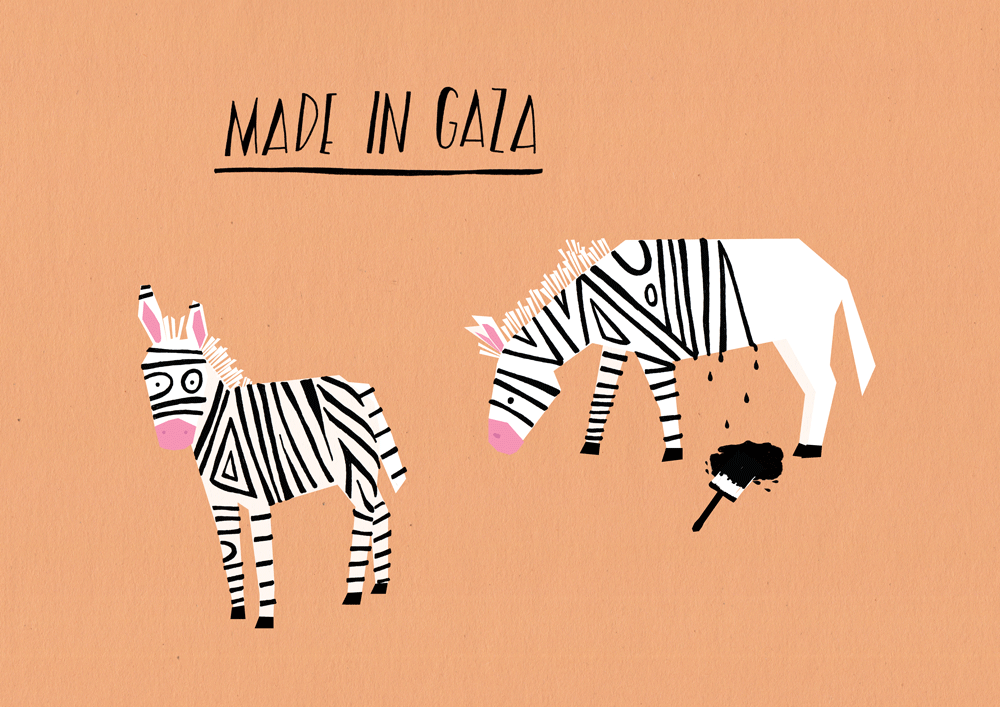 Two white donkeys painted to look like zebras! What sounds like an entertaining storyline from a Disney movie did actually happen in a zoo in Palestine and made international headlines. And not in a funny way!

In the fall of 2009, the owner of the Marah Land Zoo in Gaza decided to dye the hide of two white donkeys to resemble zebras. He first tried some henna colour but quickly switched to French hair dye as it gave more satisfactory results.

No country for zoos

By now, you are probably asking yourself: But why? Well, sadly the zoo’s original zebras died in early 2009 due to starvation – a direct result of the disputes between the Israeli government and the Hamas.

The on going clashes between these two parties make it nearly impossible to run a zoo. Due to the restrictions on the Gaza Strip, importing new animals has also become a challenge. Illegally smuggling animals through tunnels from Egypt is very expensive. Importing a real zebra would cost up to $40,000 (about 30.000 €).

There is hardly enough food for the zoo’s animals and they are often casualties of air strikes. Basic veterinary care is hard to come by and there is a shortage of vaccinations.

“Zebras made in Gaza”

Mohammed Bargouthi, the zoo’s owner, claims that he opened the zoo to give children a break from the ‘real world’, as a lot of them are traumatized. Many have never seen the real striped mammals and are fascinated by the “zebras made in Gaza”, as Bargouthi calls them.

By the way: It might be legal in most parts of the world – but in the US-state of Vermont it is illegal to paint your horse. I’m not horsing around!

See the painted donkeys in motion: