Are Orcas Getting Bigger Tanks at SeaWorld? 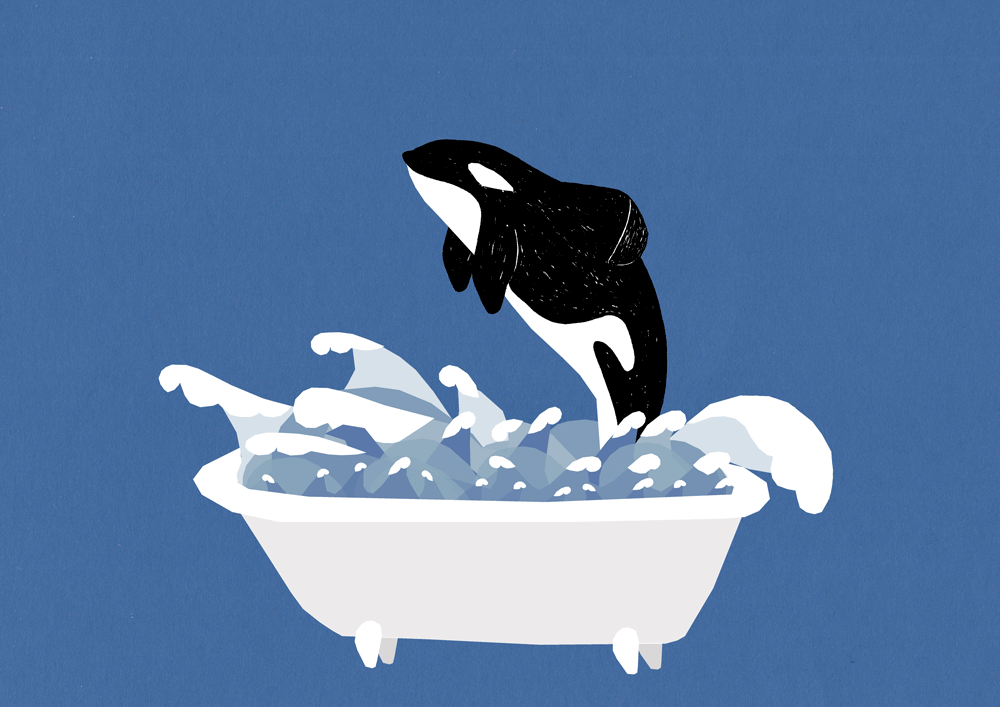 Good news for captive killer whales? At first, it might seem so. As part of their Blue World Project, SeaWorld is promising ‘big’ things for their orcas: namely “dramatically larger, more natural, and dynamic and adaptable environments”. A 6,000 square meter tank filled with 10 million gallons of water, 106 meters long and 15.24 meters deep.

In their natural setting, killer whales swim anywhere between 120 and 160 kilometers daily. Now, let’s do some simple maths, shall we? How many lengths would an orca have to swim in the new SeaWorld tank to cover the same distance? Answer: up to 1,500. We can all recall how boring that would be from our swimming lessons in 5th grade, can’t we?

Also: the new tank will be 15.24 meters deep. But, killer whales grow to a size of between 7 and 9 meters – which would give them little space to dive. In the ocean the animals swim at an average depth of between 20 to 60 meters.

So, in conclusion: Seriously, WTF?! Any kid in 4th grade could tell SeaWorld: the math really doesn’t add up to your claim to “advance global understanding of these animals”.

At least SeaWorld has announced the end of their killer whale breeding program. Unfortunately those still in captivity will have to live in teeny-tiny-tanks for many more years.

If you want to learn more about captive orcas, I suggest you watch the 2013 documentary Blackfish.