Bear Hugs Are Out, Wombat Hugs Are In 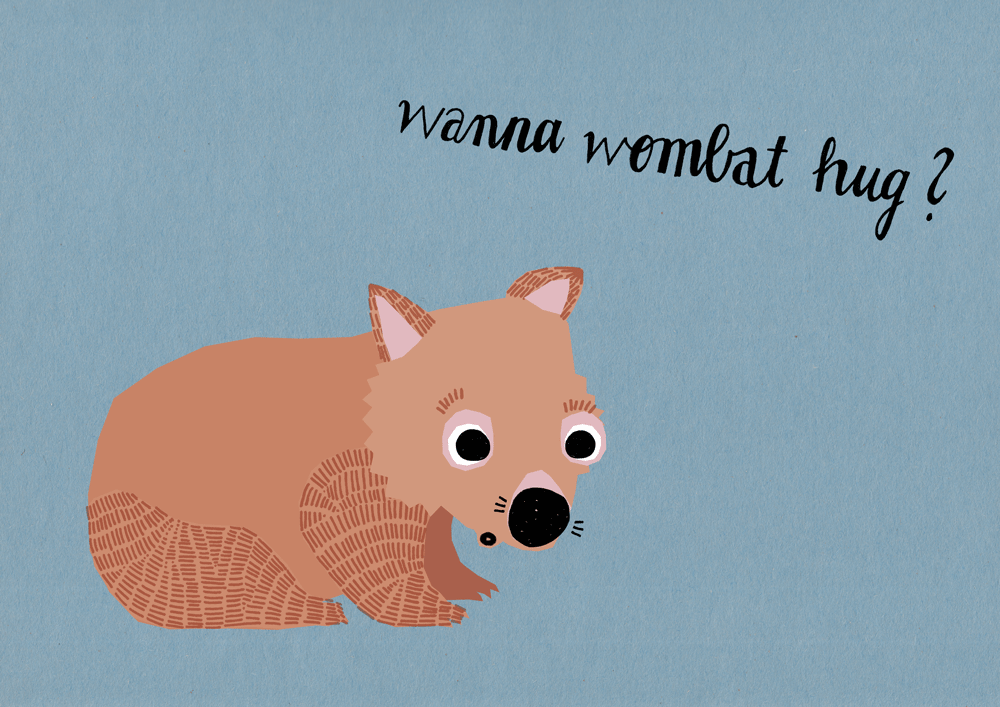 A contest to find a “Chief Wombat Cuddler” was held in Australia in April 2016. The prize? A visit to Derek The Wombat.

The competition was overseen by Tourism Tasmania after their video of Derek went viral:

Derek tragically lost his mother when she was hit by a car. He is now being nursed back to health on Flinder’s Island, located in the northeast of Australia. Later, hopefully he will be released back into the wild. But before that, Derek had the chance to meet the “Chief Wombat Cuddler”. Contestants had to describe in 25 words or less why they would be the best hugger. From 12,800 applicants, Justin Johnstone from Melbourne rose to victory with his poem:

Here you can see Johnstone in his newfound position as snuggle-master:

Not so cuddly backstory

The actual aim of this contest was to draw more attention to orphaned wombats. The marketing agency Tourism Tasmania urges people to drive carefully outside of towns, especially at dusk and dawn. In Tasmania alone it is estimated that 300,000 marsupials, birds and reptiles are killed by cars every year. As many of the accidents are not reported, the actual number is probably much higher.