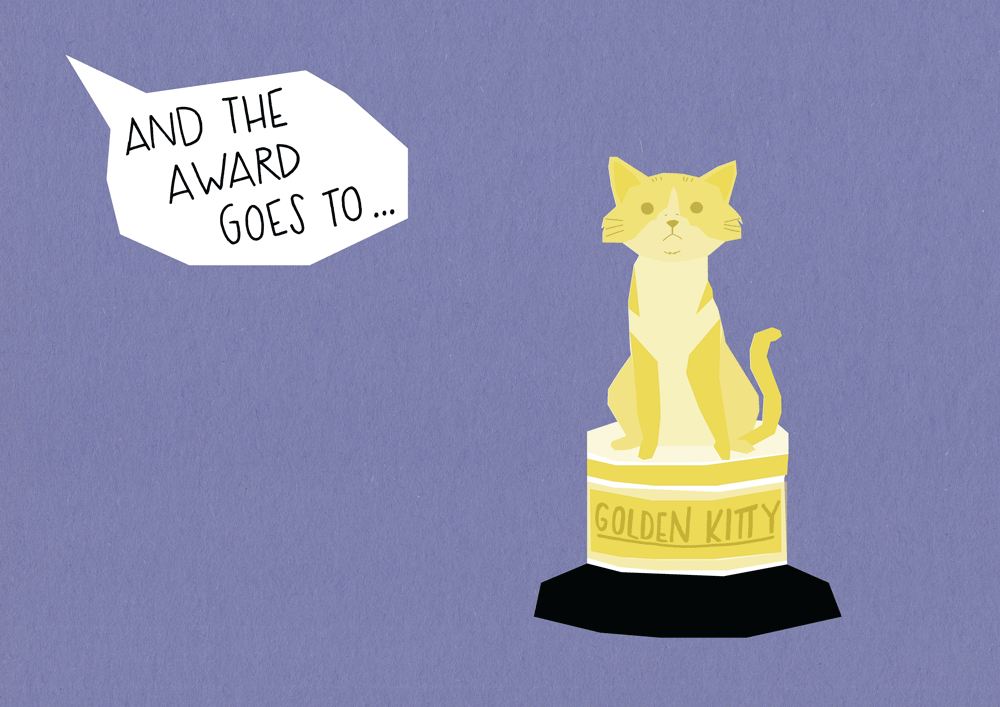 During the annual Internet Cat Film Festival the Golden Kitty Award is presented to the best online feline video. The honorees are the cat world’s Beyoncés and Leonardo DiCaprios: they inspire and excite millions of fans with their own YouTube videos and web series.

In 2012, the first ever Golden Kitty went to Henri, known for his Henri, le chat noir shorts. The following year, the world’s richest and probably most celebrated kitty was given the award: Tardar Sauce, famously known as Grumpy Cat. Shorty was honored in 2014 for his The SHOKO Show, while the Team Cat CATastrophies won in 2015 for their video Cat Behaviors Finally Explained.

Not only for crazy cat ladies

The ceremonial throwing of a ball of wool opens each cat festival. Besides the award ceremony, you can also enjoy a wide variety of feline fun: a meet-and-greet with your favorite furry friends like Lil Bub or Chris Torres, the creator of Nyan-Cat. Visit a paw-reader, who takes a glance into your future; compete in a cat costume contest or take your pet to a mobile neutering-station.

No wonder, that tickets for cat festivals sell out like hot cakes: YouTube alone hosts over 59 million cat videos.

The Walker Art Center served up a selection of the greatest home videos for the first time in 2012. The event in Minneapolis was visited by over 10,000 people. After that the cat-festival toured several other towns – from San Francisco to New York to Derry in Northern Ireland.

Sadly, 2015 was the last festival organized by the original creators. In a statement on their homepage The Walker Art Center hopes to motivate other copycats to establish similar events – and they have!

The Just for Cats Festival in Canada, the L. A. Feline Festival, the Catvideo-Festival in Vienna or Germany’s own Internet Cat Film Festival all celebrate our favorite celeb-cats.

Take a look at some of the films shown during the Internet Cat Video Festival in 2015: