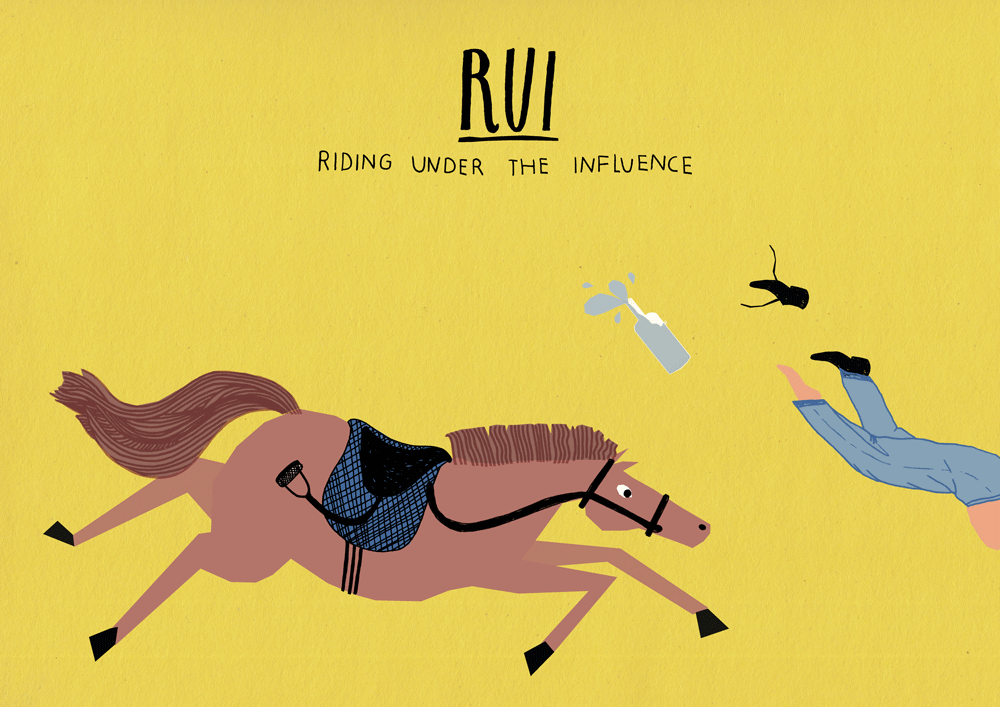 Every year, around the end of the Day of the Dead celebrations, a unique event takes place in the town of Todos Santos Cuchumatán in Guatemala: “Skoch Koyl” – a race with sober horses and drunken jockeys.

‘Race of the souls’ – a symbol of protest against colonialism

During this festival the Mayan residents remember the hardships their ancestors had to endure during the Spanish invasion in the 1500s: they were slaughtered or enslaved and forbidden to touch anything belonging to their conquerors. But one brave townsman apparently stole a horse and raced it around the village until he was captured and executed.

So every November 1, as a tribute to their native hero, the locals get wasted and then race horses.

Preparations begin the day before: the town comes together to party and get drunk on beer and a liqueur called Quetzalteca. The men participating must also abstain from sex. The racetrack, which is basically just a gravel path going from one end of the town to the other, is blessed by sacrificing a chicken.

The riders dress in traditional clothing and continue drinking all through the night and during the race – which may be a good idea? Imagine being hammered and going through the typical stages of drunkenness: crying, puking, passing out – all while galloping on a horse. Oh, and trying not to crash into another animal or the cheering (and also wasted) crowd! Unlike traditional horse races, the event also goes on for up to seven hours with just a short lunch break. There is no real winner – obviously it is more a ‘survival of the fittest‘-scenario.

Broken bones, concussions and even deaths are common. They are viewed as a sacrifice to the underworld and an indication of a good harvest in the following year.

There have been no reports on how the horses do during the whole ordeal, but you can imagine that they will probably also get some cuts and bruises.

In the Mayan tradition it is expected that every man should participate in the race four times in his life. It is viewed as a right of passage as opposed to a competitive race.

The event can be quite profitable for some: Horse owners renting out their animals make up to $510 (about 450 €) from rental fees and bets.

Still in disbelief? Watch an American taking part in the race: