In Conversation: “The pig knew exactly what was going on.”

I grew up after the war. During my childhood we usually slaughtered a pig each winter. My father went to the farmer and chose a pig – he always knew the kind of animal he wanted: It had to be lean and slim. He didn’t want fatty meat. The pig was delivered to our home. The house was on a hill, so the animal had to be shooed up. It squealed. Because it knew that something was wrong.

My six siblings and I always watched and often the other children in the neighbourhood came over.

If the pig didn’t want to walk up to our yard, the adults pulled it up by its ear lobes. Sometimes it was kicked in the butt and sometimes its tail was squeezed to get it to run straight ahead. Nowadays that would be called cruelty to animals, I suppose.

As soon as the pig was in our courtyard it was killed with a bolt shotgun to its head. Then it lay there. Sometimes the pig still moved. ’Those were the Lebensgeister‘ (living spirits), the grownups would say to us.

After that the pig’s neck was punctured and it was left to bleed out. We then had to wait for the vet to arrive. As children we didn’t understand why he had to come. Every animal had to be inspected; you were not allowed to slaughter anything without a vet looking at the meat. There was always the risk of disease. He took some samples. I can’t remember of what. But the gall bladder was not to be damaged, as it spoils all of the meat.

In the meantime the adults assembled a gallows and a wooden trough. The pig was laid into it and the bristles were removed with a steel chain. Later the animal was opened up and hung on the gallows by its hind legs. 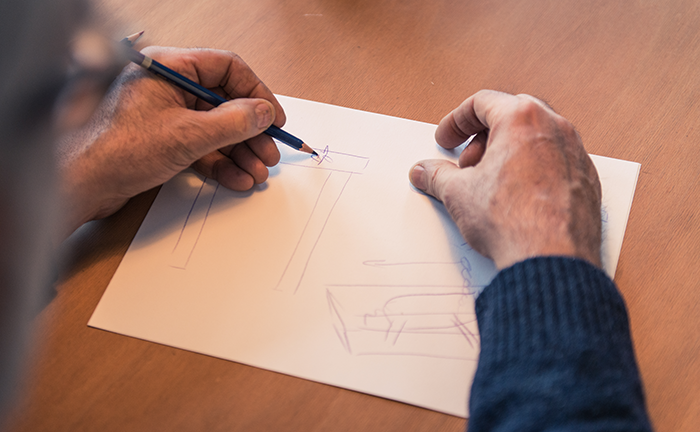 The butcher came to cut the pig apart. The giblets were taken out – of course the poop was still in there. We could see everything it had eaten. The intestines had to be cleaned. My father always used to do that on his own. It was very important to him, that the task was done properly.

Presssack (brawn, a meat jelly speciality) was stuffed into the stomach. Leberwurst (sausage made from the liver) was made with the small intestine and Blutwurst (similar to black pudding) was filled into the large intestine. And then all of them had to be cooked. We stewed the sausages in a big cauldron. Normally this was used to wash our laundry. Every time a pig was slaughtered, it was cleaned and then used to cook the meat.

Nothing was thrown away. We used everything, every little bit.

The lungs were made into Saure Lunge (lungs cooked in vinegar broth). The brain – we children were always told: Eating the brain will make you clever, you know? My brothers and sisters and I always fought over that part of meat.

The whole pig was just for our family. After all we were seven children. The meat fed us for all of the winter months. 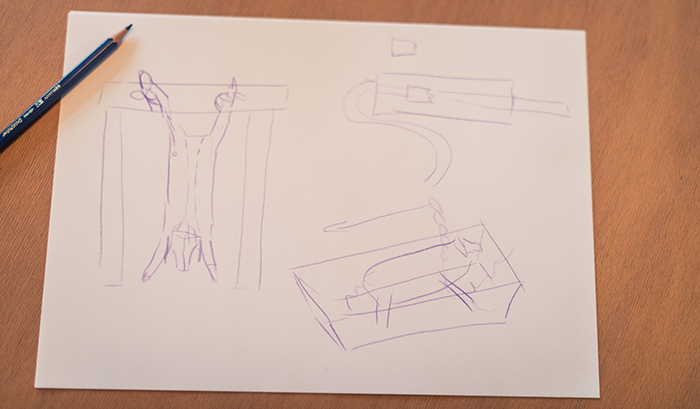 I think the handling of meat in our society is problematic nowadays: Kids don’t know very much about the process. They don’t even know what a pigsty looks like. They only know the counter in the butcher’s. Nothing more, like, where our meat comes from.

The pig always shrieked while it was being pushed up our driveway. It knew exactly what was going on. We saw it with our own eyes. We were there when it was killed.

Today people only think of spare ribs or bacon. But the pig doesn’t exist just of spare ribs and bacon. We also ate the pig’s feet, roasted. We used everything but the bladder and the navel. Well, the navel was cut out and hung outside for the birds to eat. It still had some fat on it.