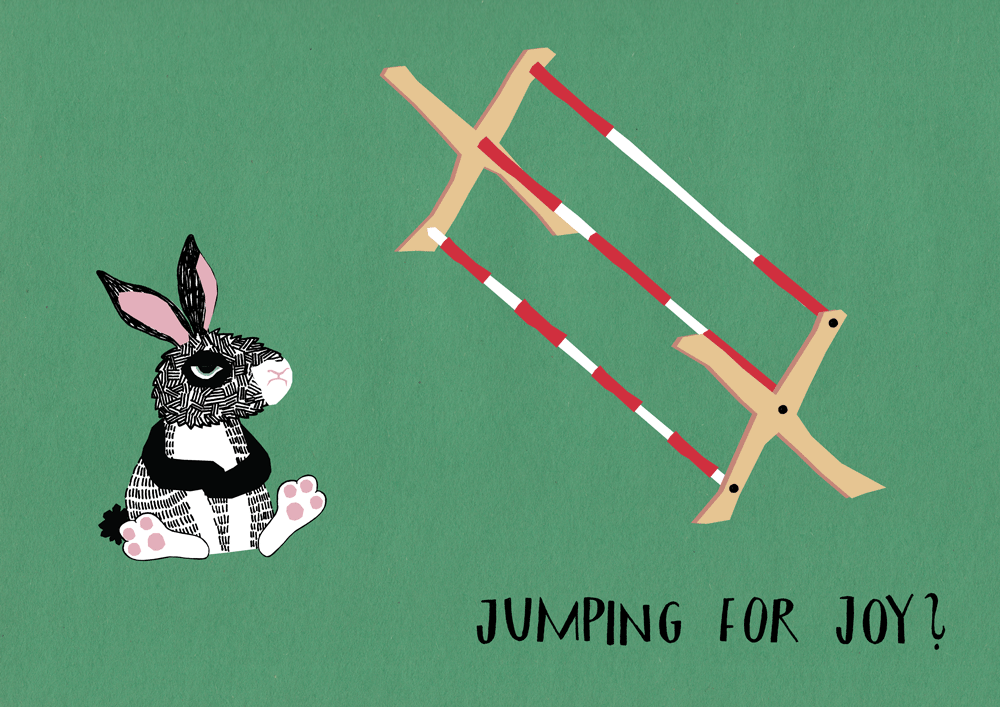 There’s new competition in town. Well, actually it has been around since the early 70s. Originally from Sweden, it has since spread all over the world: Kaninhoppning!

What’s Kaninhoppning you wonder? It is Swedish for ‘rabbit show jumping’! And yes, it is basically a miniature version of horse show jumping– for bunnies! With tiny obstacles and fences and all!

The rules of hopping

Early rules were based on the equine version, but were later reformed to better suit the hopping bunnies. Since 1994, the Swedish championships are presided over by the Sveriges Kaninhoppares Riksförbund, the national federation for rabbit jumping. Worldwide Kaninhoppning is gaining more and more fans and similar clubs have been established all over Europe, the United Stated and Australia.

There are four different categories in which you can enter your furry friend – from a straight or a twisting jumping course as well as high jumping or long jumping. The same rules apply in all: the bunnies are ranked according to their mistakes, like knocking over a fence. If there is a tie, the rabbit with the fastest speed wins. While the owner can guide the animal by a leash, the bunnies should not be forced over the obstacles. Otherwise they are disqualified.

Basically all breeds are allowed to compete, except for:

As in basically every other sport Kaninhoppning also has record holders: Swedish rabbit Snöflingans Super Champion Majesty of Night (no kidding with the name), nicknamed Aysel, holds the world record in the high jump with 100 centimeters. That looks like this:

The current best long jumper is a Danish bunny named Yaboo (compared to the above, this seems like a pretty boring name). He jumped a distance of 3 meters.

So, does entering your fluffy pet into a show jumping competition actually pay off? Well, not really. At least not in the monetary sense, as most prizes only consist of a trophy – and the glory of it all.

If you are still confused by all of this watch this funny TV segment with two Australian guys entering a jumping competition in Sweden:

And just to round things off, I am going to leave this with you: Robbie Williams singing You Know Me – for whatever reason – dressed as a bunny dancing with a gang of long-eared bunny-babes.