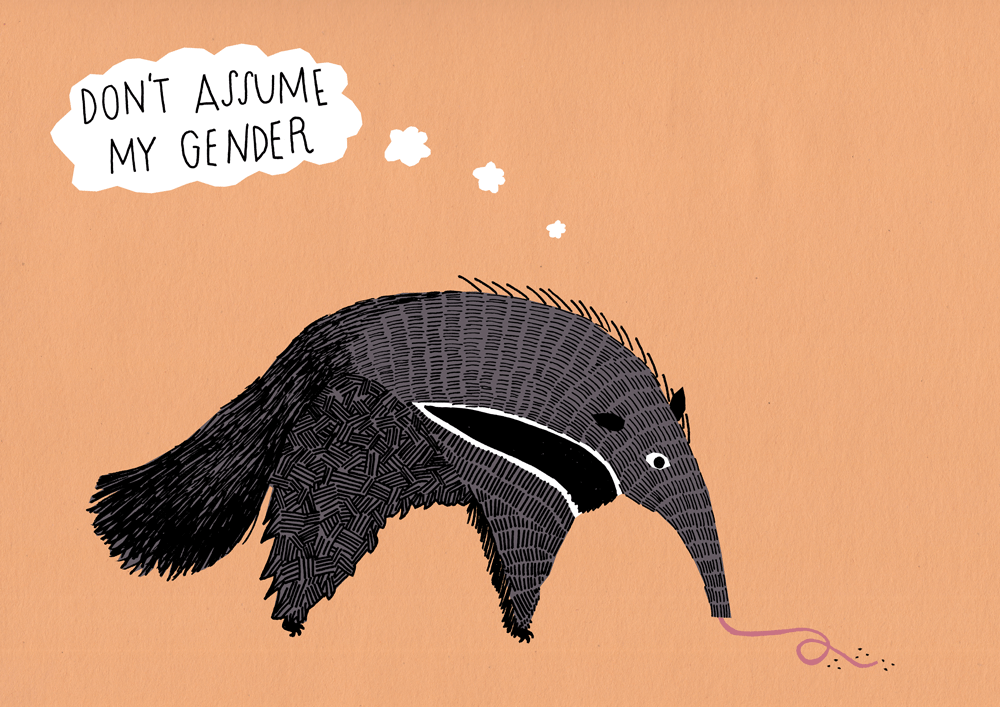 In the 1700s, Europeans believed all anteaters were female and mated using their noses. Say what? Well, during the Spanish colonization of the Americas, Giant Anteaters were brought back to Europe: at the time it was common to display Native American fauna and flora in zoos and at exhibitions. As both male and female look almost identical, questions were asked about how the anteaters mated.

The sex of an anteater is very hard to determine visually. Male sex organs are located internally between the rectum and urinary bladder. The theory of nose-mating was later debunked by naturalist Félix Azua.

Apparently Salvatore Dali was also a fan of the long nosed mammals.