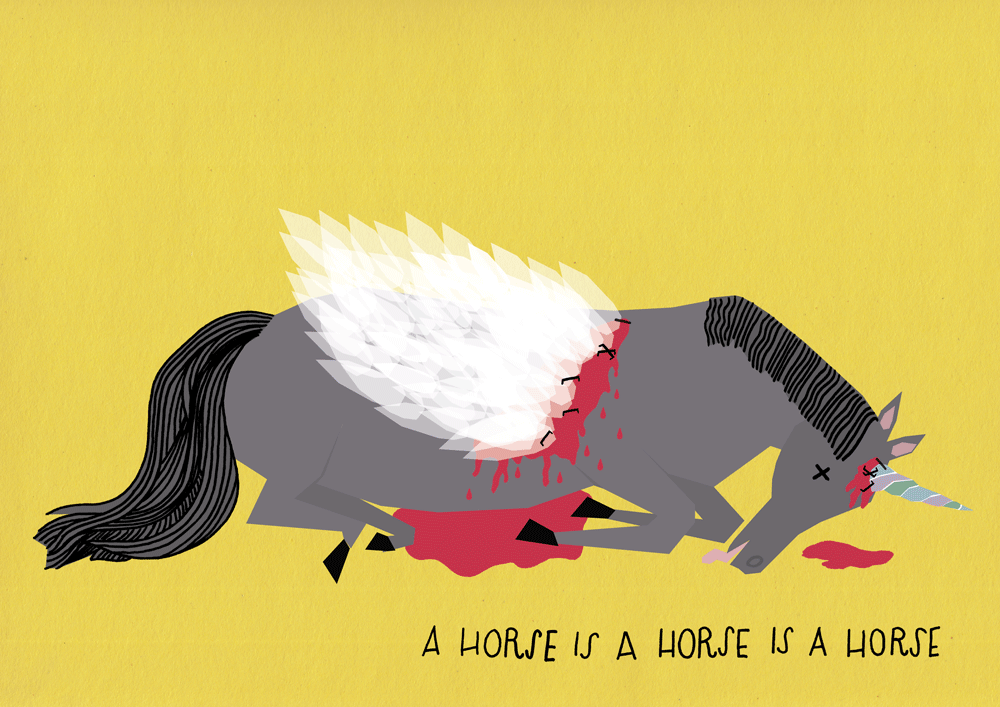 Drug kingpin Pablo Escobar once stapled a cone to a horse’s head and wings to it’s back. His daughter Manuela had requested a unicorn as a birthday present. Escobar treated her like a little princess and wanted to oblige.

The unfortunate makeshift unicorn died of infections (duh, what a surprise). But, Escobar was probably not fazed by the setback: John Jairo Velasquez, one of Escobar’s hit men, supposedly killed over 300 persons singlehandedly. Furthermore Valasquez was involved in planning the murders of 3,000 others.

The notorious drug lord should have put more effort into his research: unicorns have never been described as having wings. There is a lot of documentation on the creature dating back into antiquity. A winged horse is called a Pegasus – but it does not have a horn. An animal with a horn and wings has no specific name. In some literature it is described as alicorn, pegacorns, unipegs, unisus, hornisus, or hornipeg.

A way better approach to these mythical beasts comes from the Lake Superior State University in Michigan!